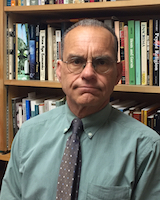 Elaborate Charades: The Dispossession of the Lake Superior Mixed-Bloods and the Racial Transformation of the Western Great Lakes

This project is an exploration the racial and ethnic transformation of the Western Great Lakes landscape as an outcome of the dispossession of the mixed-blood sector of the Ojibwe Indian polities in the middle of the nineteenth century.  Hundreds of mixed-blood people were guaranteed lands in a major treaty signed with the federal government in an effort to settle them amongst the increasing number of non-Indians in the region.  With the loss of those lands to emergent mining interests, the mixed-bloods defaulted to absorption into the Indian communities, changing those communities’ social and cultural constitution.  Focusing on changing conceptions of belonging and difference, within and between indigenous and settler populations, the project involves detailing that process of assimilation and the consequential production of a biracial regional landscape.

Larry Nesper took his PhD at the University of Chicago and is professor of Anthropology and American Indian Studies at the University of Wisconsin-Madison. He is author of The Walleye War: The Struggle for Ojibwe Spearfishing and Treaty Rights and co-editor of Tribal Worlds: Critical Studies in American Indian Nation Building. His current research is on the development of tribal judiciaries in the state of Wisconsin and on relations between the state and tribal court systems. His research has been supported by the American Council of Learned Societies, the Great Lakes Indian Fish and Wildlife Commission, and several of the native nations of the state of Wisconsin.