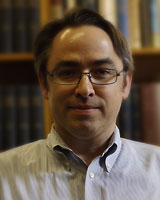 Beyond the State: The Writings of English State Agents in Early Modern Europe

At the Institute for Research in the Humanities, Netzloff will complete his book manuscript, Beyond the State: The Writings of English State Agents in Early Modern Europe. In the early modern period, political agency did not necessarily cohere to state bodies or follow licensed channels; indeed, states possessed a tenuous hold over extraterritorial agents — such as travelers, spies, mercenaries, and ambassadors — who were instrumental in extending state authority beyond the territorial boundaries of the nation. The state agents discussed in this project were also among the earliest professional writers in early modern England: as they entered the realm of print and addressed a reading public, they transformed models of the state, rendering its administration and theoretical preconditions as subject matter for public analysis. Each chapter examines a specific cultural and institutional context in which the early modern state was written: travel narratives and intelligence gathering networks (Chapter 1); the textual production of the seminaries established by English Catholic exiles on the Continent (Chapter 2); poetry and pamphlets stemming from England’s illicit military interventions in the Low Countries (Chapter 3); and the domestic life and intersubjective modes of writing that characterized the early modern embassy (Chapter 4).

Mark Netzloff is an Associate Professor of English and Literary Studies at the University of Wisconsin-Milwaukee. He is the author of England’s Internal Colonies: Class, Capital, and the Literature of Early Modern of English Colonialism (Palgrave, 2003) and the editor of John Norden’s The Surveyor’s Dialogue (1618): A Critical Edition (Ashgate, forthcoming). A specialist in Renaissance/early modern English literature and culture, his research is broadly concerned with the interconnections between state formation, nationhood, and colonialism. He has previously received fellowships from the Huntington Library, the Folger Shakespeare Library, and the Center for 21st Century Studies.