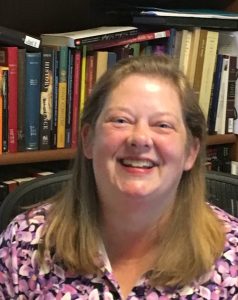 Change in Civic Religion of the Medieval Roman Empire

The government of the medieval, Christian Roman (Byzantine) Empire was permeated with religious vocabulary and ceremony. These apparently religious aspects of government have been treated simplistically as “ideology” and not addressed as expressions of religion, largely because matters such as taxes do not fit within the rubrics set by modern Greek Orthodoxy. This project is an attempt to understand the religion visible in imperial bookkeeping, administration, and acclamations, and its changes from the tenth and twelfth centuries. The civic religion of the ancient (pagan) Roman Empire provides a point of comparison that broadens the categories of analysis and offers theoretical guidance.

Leonora Neville studies the medieval eastern Roman Empire. She is the John and Jeanne Rowe Professor of Byzantine History and Vilas Distinguished Achievement Professor at the University of Wisconsin Madison. She is particularly interested in religion, gender, and the importance of the classical past for medieval Roman culture. She reconsidered the strength of the famed Byzantine bureaucracy and presented a new understanding provincial government in Authority in Byzantine Provincial Society, 950-1100 (Cambridge, 2004).  The study of cultural memories of classical Roman masculinity led her to write Heroes and Romans in Twelfth-Century Byzantium (Cambridge, 2012). She offered a new interpretation of Anna Komnene’s strategies for writing classicizing Greek history as a woman in Anna Komnene: The Life and Work of a Medieval Historian (Oxford, 2016). To help open her field to broader study she wrote a Guide to Byzantine Historical Writing (Cambridge, 2018). Her interpretation of Byzantine Gender is forthcoming from Arc Humanities Press.