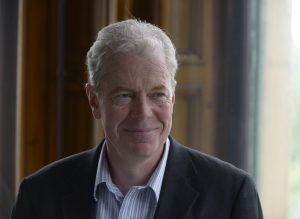 My research is focused on freedom seekers, those enslaved people who resisted by escaping. I have just published a book on freedom seekers in 17th century London and the origins of ‘runaway slave’ newspaper advertisements. I am now engaged in a project with
colleagues here at UW Madison, Montana State University, and the University of Pennsylvania, creating a website and resources telling the stories of individual freedom seekers from across the British Atlantic
World, with particular focus on the period of the American Revolution (this project will build towards the 250th anniversary of American
independence). I am also working on reparative justice and how universities engage with their historical connections to slavery. Last year I held a fellowship at the Warren Center for American History at Harvard to
work on this, and I am working on several papers and articles stemming from this, and from my role in the University of Glasgow’s slavery report and reparative justice program.

Simon Newman began his career writing about popular political culture and social history in the era of the American Revolution. For the past fifteen years, he has focused on the history of slavery in the British Atlantic World, publishing a book on the origins of the plantation labor system. He led a Leverhulme Trust funded project creating a database of runaway slave advertisements published in eighteenth-century Britain, and this research has resulted in collaborations with playwrights, musical composers, film-makers and a graphic novelist who are all interested in the presence of enslaved people in Georgian Britain. Professor Newman is interested in digital humanities and the potential it has for new kinds of resources and publications in slavery history. In 2018 he published the William and Mary Quarterly‘s first born-digital article, and he is aiming to publish the research he completed at the Institute as an Open Access digital book. Professor Newman has also helped initiate a report into the degree to which the University of Glasgow benefitted financially from Atlantic World racial slavery. Glasgow was the first British university to undertake such a study and to develop a program of reparative justice as a result.