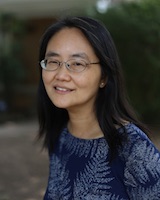 Literary and Other Lives of Interpreters: Captives, Converts, and Scribes in the Early Modern East Indies

Shakespeare wrote: “You taught me language, and my profit on’t / Is, I know how to curse”: Caliban’s accusation of European linguistic colonialism is riveting theatre but hardly an accurate picture of how early modern transnational exchange. English was peripheral and Europeans had to learn other languages or depended on interpreters. Often unknown and invisible, the interpreter who translates was a crucial principal in early modern Euro-Asian trade and other negotiations. Using case studies, I consider the role in the period before its professionalization in the East Indies. Interpreters, Asian and European, were converts, captives, scribes, and refugees. Their lives left traces in travel accounts, literature, dictionaries and grammars, and the rare portrait. My study explores the affective engagements of cross-cultural male intellectual and other collaborations, friendships, and competition. In Europe’s encounter with Asia, skilled linguists, whether bookish humanists or practical merchants, collaborated in constructing global networks.

Su Fang Ng is Clifford A. Cutchins III Associate Professor of English at Virginia Tech, where she teaches early modern literature. Her first book, Literature and the Politics of Family in Seventeenth-Century England (Cambridge University Press, 2007), examines the family-state analogy as a contested political language shared by royalists and republicans. She guest-edited a special issue on Transcultural Networks in the Indian Ocean for Genre (July 2015) and has published essays on medieval, early modern, and postcolonial topics. She is completing revisions on a second book, Alexander the Great from Britain to Islamic Southeast Asia: Peripheral Empires in the Global Renaissance for Oxford University Press: this book remaps global literary networks by uncovering the connected literary histories of Alexander the Great romances at the peripheries of Eurasia. She has won residential fellowships at the Radcliffe Institute for Advanced Study at Harvard University, the National Humanities Center, the University of Texas at Austin, Heidelberg University, and All Souls College at Oxford, as well as a number of small grants.