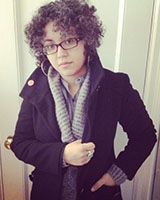 Prison Days: The History of Prisons and Punishment in Modern Iran

The prison is the subject of intense scrutiny for both opponents and supporters of the contemporary Islamic Republic of Iran. Despite this, the longer history of Iranian punishment has been given short shrift. This project seeks to address this lacuna by exploring the interplay between the prison and the narratives of violence told of and about that space, arguing that political modernity in Iran has unfolded in and through its contested histories of punishment. I explore the ways in which prisoners evoked the anxiety-laden questions: who can be considered a citizen? How is state authority predicated on the suffering or rehabilitation of the prisoner’s body? In what ways does the prisoner enact and transform those very concepts—rights, nation, citizen, justice—that the state was attempting to define and control? Reading history from the late 19th century to the 1979 Islamic Revolution, this project shows that in this era in which novel legal reforms were fitfully enacted by a modernizing state, the prison cell came to have a public life through its representations in Iranian discourses. Through these discourses the prison cell and the prisoner’s body paradoxically become sites for imagining political emancipation and testing the limits of justice in the modern nation-state.

Golnar Nikpour is currently an A.W. Mellon Postdoctoral Fellow at UW-Madison. She received her Ph.D. from Columbia University in 2015, with a dissertation titled “Prison Days: Incarceration and Punishment in Modern Iran.” She has received research fellowships from the Social Science Research Council and the Giles Whiting Foundation, and has published in forums including International Journal of Middle East Studies, Comparative Studies of South Asia, Africa, and the Middle East, Tehran Bureau, and Humanity. Golnar is also co-founder and co-editor of B|ta’arof, a journal for Iranian arts and histories, where she has written extensively on Iranian intellectual and cultural history. She is currently at work on a book called The Incarcerated Modern: Prisons and Public Life in Iran, which challenges the notion of the prison as a place of social death, arguing instead that modern conceptions of citizenship and political emancipation have emerged in the context of modern surveillance and punishment in Iran. Her research interests include political philosophy, comparative revolutions, transnational feminisms, postcolonialism and postcolonial thought, and critical prison studies in the context of modern Iran and the Middle East.