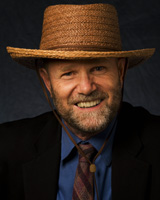 Niles’s IRH project, Anglo-Saxon Mentalities, concerns how the people of Anglo-Saxon England conceived of the basic elements and categories of their world, and hence how they navigated that world according to deep-set (though evolving) ideas regarding the self, society, and nature. It explores how those people used vernacular literature for communal ends, harnessing its affective power so as to express, often in symbolic form, the values that were felt to be the basis for collective action. Central to this project is a “keywords” approach whereby problems in mentality are opened up through study of core elements in the early English lexicon. Relating to Niles’s IRH project is the Burdick-Vary Symposium “Other People’s Thinking: Language and Mentality in England before the Conquest” scheduled for April 17-18, 2009.

John D. Niles has devoted much of his scholarly career to study of the language, literature, and culture of England during its earliest recorded period (ca. ad 450-1200), with a specialty in Beowulf. He has strong interests in the theory of oral narrative, and he has undertaken extensive fieldwork relating to storytelling and singing traditions in Scotland. Niles joined the Department of English at UW-Madison in 2001 after having previously taught at Brandeis University and, for 25 years, at the University of California, Berkeley. He gained the PhD in Comparative Literature at Berkeley in 1972. His teaching specialties include Old English language and literature, Chaucer, Middle English popular literature, the folklore and mythology of the British Isles, the ballad, and the history of the English language. He is the incoming president (2010-2011) of the International Society of Anglo-Saxonists. Among his publications are Beowulf: The Poem and Its Tradition (1983), Homo Narrans: The Poetics and Anthropology of Oral Literature (1999), Old English Enigmatic Poems and the Play of the Texts (2006), Old English Heroic Poems and the Social Life of Texts (2007), and Beowulf and Lejre (2007). He is the co-editor of A Beowulf Handbook (1997) and Klaeber’s Beowulf, 4th edition (2008) and has edited Beowulf: An Illustrated Edition (2007), among other books, and his articles have appeared in many specialized journals and scholarly collections.