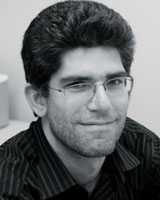 Africa and the Disciplines: Congolese Music, Francophone Literature, and the Humanities

That music is central to African societies is something of a truism. But what does this really mean in terms of how we understand Africa? This project looks at the implications of this fact with respect to the way Africa is studied and represented in the West: the way Africa is “translated” into Western epistemological terms. The music of the Congo, in particular, challenges the ways that the relationships between the oral tradition, written literature and recorded music are typically understood. By looking at this music from a literary perspective, consciously transgressing disciplinary boundaries, there are many lessons to be learned about the Congo, about written literature in Africa and the postcolonial world, as well as about the humanities today.

John Nimis received his PhD in French from New York University in 2010. His main research interest is the literature and music of Central Africa, with a focus on the Lingala language and the Democratic Republic of Congo, where he was a Fulbright scholar. He is working on his first book, tentatively titled Precarious Mastery: Literary Listening, Congolese Music and the African Imagination, which brings literary techniques to the study of music, and applies musical analysis to the study of African literature. He has taught at the University of Illinois Urbana-Champaign, and was a visiting researcher at the WISER research center in Johannesburg, South Africa. His secondary research interests include anglophone and lusophone Africa, the francophone Caribbean, and 19th century Europe.