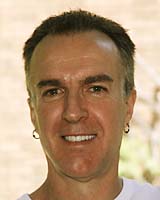 What would it mean to bring into dialogue Native American Studies and South African Studies? And why, given the rich comparative potential, has this axis of inquiry been entirely overlooked in scholarship on indigeneity? “The Nations Within” seeks to stimulate such an inquiry by focusing on the native or tribal reservation, in particular at the complex ways in which the reservation figures in the literature of colonial subjugation, cultural conflict, and resistance in both societies. In a second project, Rob Nixon is writing a short book entitled Rachel Carson and the Environmental Humanities. The book explores the implications of Carson’s methodological eclecticism for the burgeoning interdisciplinary field of the environmental humanities, a field that did not exist in her day, yet which, he argues, she helped facilitate in critical ways. In this context, he also addresses Carson’s role as interdisciplinary translator—as an influential precursor for the kinds of public science writing that are flourishing today at the interface between the sciences and the humanities.

Rob Nixon is the Rachel Carson Professor of English at the University of Wisconsin, Madison. He received his Ph.D. from Columbia University and is the author of London Calling. V. S. Naipaul, Postcolonial Mandarin (Oxford); Homelands, Harlem and Hollywood. South African Culture and the World Beyond (Routledge); and Dreambirds: the Natural History of a Fantasy (Picador). His book Slow Violence and the Environmentalism of the Poor is forthcoming from Harvard University Press in spring 2011. Professor Nixon is a frequent contributor to the New York Times; his writing has also appeared in The New Yorker, Atlantic Monthly, London Review of Books, Times Literary Supplement, Village Voice, The Nation, The Guardian, Outside, Chronicle of Higher Education, The Independent, Critical Inquiry, Social Text, Slate, South Atlantic Quarterly, Transition, Cultural Critique, Contemporary Literature, Journal of Commonwealth and Postcolonial Studies, Ariel, Modern Fiction Studies, New Formations, Black Renaissance/Renaissance Noire, and elsewhere.