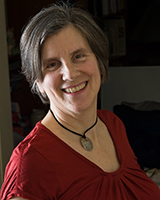 The Biological Individual in the Nineteenth Century

What makes an individual, biologically speaking? This question stood at the center of European biological research in the middle four decades of the nineteenth century. My project (co-authored with Scott Lidgard at the Field Museum) seeks to explain why, on multiple levels. It proposes a new intellectual history of individuality as a fundamental problem underlying mid-nineteenth-century biology, a history of social relations within an international community of biologists, and a cultural history of the discursive relations between the languages of nature and society. In this way, I hope to provide a multilayered account of how science mediated questions of autonomy, interdependence, and hierarchy that preoccupied Europeans in an age of social modernization and state formation.

Lynn K. Nyhart is a Vilas Distinguished Service Professor of the History of Science at the University of Wisconsin–Madison. Nyhart’s main research interests lie in the history of European and American biology in the nineteenth and early twentieth centuries, and the relations between popular and professional science. Her 2009 book Modern Nature: The Rise of the Biological Perspective in Germany analyzes the pre-history of German ecology in popular and museum science of the late nineteenth and early twentieth centuries; it won the University of Chicago Press’s 2009 Susan E. Abrams Prize for best UCP book in the history of science. She is also the author of Biology Takes Form: Animal Morphology and the German Universities, 1800-1900 (University of Chicago Press, 1996). Nyhart received a Guggenheim Fellowship in 2011-12, which allowed her to begin archival research on her IRH project on biological individuality. She is the immediate past-president of the History of Science Society. She is at work on a book entitled The Biological Individual in the Nineteenth Century.