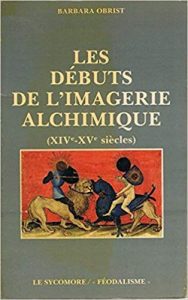 A History of Twelfth-Century Cosmology

The current project concerns volume two of a history of medieval cosmology, focusing on the twelfth century, and taking into consideration both verbal and pictorial documents (La cosmologie médiévale. Textes et images II: le XIIe siècle). There exists no synthetic history of cosmology for this pivotal period of the Middle Ages. The twelfth century is considered from the point of view of its dependence on pre-twelfth-century Roman cosmology on the one hand and the assimilations of newly-made translations from the Arabic and the Greek on the other hand. The volume replaces the currently made distinction between scientific and non-scientific activities by that of specialized and non-specialized domains.  It identifies and analyze major trends by making a distinction between a cosmology that was predominantly astronomical and mathematical in approach and a cosmology that focused on natural philosophy. Moreover, it takes into consideration the cosmological tradition which interpreted the corporeal universe to be a symbol of spiritual values, and which is usually termed “symbolic”.

Barbara Obrist holds a PhD degree in Art History from the University of Geneva. She is currently Directeur de recherche émérite at the /Centre national de la recherche scientifique and the Université Paris Diderot (Paris). She is a scholar of medieval history of science and philosophy and of scientific images, specializing in history of alchemy and cosmology. Among her books are Les débuts de l’imagerie alchimique: XIVe-XVe siècles (Paris: 1982) and La cosmologie médiévale. Textes et images. I. Les fondements antiques (Florence: 2004). She is co-editor (with Irene Caiazzo) of Guillaume de Conches: philosophie et science au XIIe siècle (Florence: 2011). A study of Abbo of Fleury’s computistical works and their edition, by Alfred Lohr, are to be published in Corpus Christianorum, Continuatio Mediaevalis (Turnhout: forthcoming).