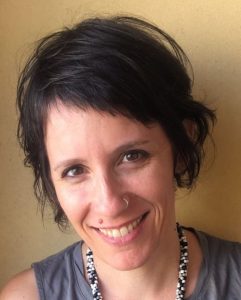 Slipping Sideways; Or, Alternate Histories, Contemporaneity, and the Practice of Digital Posthumanities

“Slipping Sideways” proposes alternativity as a key to redefining the individual as subject and citizen within the contemporary in literature. The project attempts to theorize the contemporary by concentrating on slipstream literature and other forms of speculative fiction, examining how they disrupt teleologies of the Novel form and thus offer alternatives to idealized narratives of justice. In particular, this project reflects on literature that seeks alternatives to the painfully familiar dilemmas of race within this US, to the default of conflict within Israeli-Palestinian discourse, and to the clash of fundamentalisms around the world, framing the analysis within a critical vocabulary that includes notions of futurity, historicity, contemporaneity, and utopia.

Inspired by challenges only partially addressed by Digital Humanities, this project expands on the traditional scholarly monograph through a persistent mode of collaboration and digitization, moving past limits of the Humanities in form and not only in content, attempting a digital posthumanities.

Keren Omry is Assistant Professor of American Studies at the Department of English Language and Literature at the University of Haifa. Her work concentrates on literature of the late 20th early 21st century, jazz & hip hop aesthetics in literature, and speculative fiction and alternative histories, as they intersect with stories of personal and collective accountability. Omry was awarded her Ph.D. in English Literature at the University of London, where she explored the relationship between jazz and African-American literature of the twentieth century. Her publications include Cross-Rhythms: Jazz Aesthetics in African-American Literature (Continuum, 2008); “Literary Free Jazz,” in African American Review (2007); “Israeli SF 101”, SFRA Review, Vol. 306 (2013), “A Capital Alternative: Alternative Histories And The Futural Present,” in Paradoxa (2016), and “Ozeki’s Cat: Historical Responsibility and the Matter of Bodies in A Tale for the Time Being.” CR: The New Centennial Review (2019).