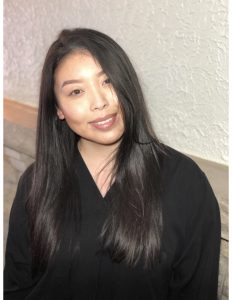 Political Transformations in the Tibetan Freedom Movement: Resettlement and Political Activism in the United States

My dissertation examines how Tibetan democracy has deeply informed the methods of political activism for Tibetan exiles living in India, Nepal, and the United States. In 1959, His Holiness the 14th Dalai Lama escaped into exile to India afte China’s illegal occupation of Tibet. Since then, he established the Tibetan Government in Exile as a democratic institution, resettled 80,000 Tibetan refugees in India and Nepal, and increasingly sought U.S. support to challenge China’s colonization of Tibet. I focus on the political and cultural activities of Tibetans in the United States to look at how their participation in the Tibetan Freedom Movement has played a key role in the concept of Tibetan liberation. For example, the resettlement of 1,000 Tibetans to the United States under the Immigration Act of 1990, Tibetan Provision 134 provided new Tibetan immigrants the opportunity to use their American citizenship as a means to advance the Tibetan Freedom Movement. I argue that although India is an important site of the Tibetan political struggle, the belief in the superiority of American democracy has made the United States another space in which the Tibetan diaspora has reinterpreted ideas of social justice, nationalism, citizenship, and identity.

Karma Palzom is a historian of twentieth-century Tibet and the United States. Her general interests are in the Tibetan diaspora, settler colonialism, and Asian American studies. As a Ph.D. Candidate in the Department of History at the University of Wisconsin-Madison, she is currently writing a dissertation about the transformations in the Tibetan Freedom Movement in India, Nepal, and the United States. In 2014, she graduated from the University of Wisconsin-Madison with a B.A. in History and History of Science, Medicine, and Technology, and in 2016 graduated with a master’s degree in History. Prior to becoming an IRH Fellow, her research has been supported by the Fulbright Program, Immigration and Ethnic History Society (IEHS), and the Asian American Studies program at UW-Madison.