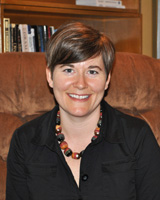 Archiving the Epidemic: Cultural, Literary and Visual Responses to HIV/AIDS in Spanish America

Dr. Parys’s research examines how the HIV/AIDS epidemic has been archived through the cultural, artistic, and literary productions from Spanish America. The overall project is entitled “Archiving the Epidemic: Cultural, Literary and Visual Responses to HIV/AIDS in Spanish America” and explores both fictional and testimonial works about HIV/AIDS, looking specifically at the interplay of silence, stigma, and taboo as well as strategies used to present, reveal, and disconnect the disease from the social constructions of the disease. It further examines various visual representations of AIDS in Spanish America to determine how common literary metaphors and taboos about the disease are translated visually. Finally, the project strives to identify some of the cultural responses to the AIDS epidemic across Spanish America and to illustrate and highlight those that are autochthonous to the region, whether for their reflection of specific morals or customs, or for their historic or geographic specificity.

Jodie Parys, an IRH UW-System Fellow, is an Associate Professor of Spanish at the University of Wisconsin-Whitewater, where she teaches courses in Spanish language, translation/interpretation, professional Spanish, and Latin American literature and civilization in the Department of Languages and Literatures. Her work focuses on 20th and 21st century literature and theory from Spanish America, and incorporates fields such as narrative theory, cultural studies, gender studies, border writing, and psychoanalysis. She is the author of Writing AIDS: (Re) Conceptualizing the Individual and Social Body in Spanish American Literature (forthcoming from Ohio State University Press, 2012), as well as numerous articles that expound upon her two main lines of scholarly inquiry: the intersection of disease and narrative in Spanish American literature, centered specifically on the AIDS epidemic, and the use of service learning as a pedagogical tool in Spanish language classrooms.