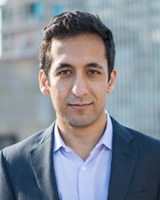 This book project examines the fate of ‘intelligence’ in French literature and thought during the Third Republic. Focusing on works by Bergson, Proust, and Valéry, it analyzes the role and limits lent to the category of intelligence in literary modernism. It argues that we cannot understand how this period views literary creation and criticism, as well as its own political situation, without accounting for its fluctuating conception of intelligence.

Zakir Paul holds a PhD in Comparative Literature from Princeton University. His broader research combines the resources of literary theory with the history of ideas. He has introduced and translated Maurice Blanchot’s Political Writings, 1953-1993 (Fordham University Press, 2010) and Jacques Rancière’s Aisthesis: Scenes from the Aesthetic Regime of Art (Verso Books, 2013). He is at work on a book manuscript titled “Disarming Intelligence: On a Modern French Faculty.”