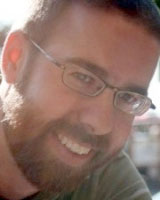 The pragmatist philosophers William James, John Dewey, and George Herbert Mead were towering figures in American cultural and intellectual life. What is rarely remembered, however, is their close engagement with new developments in the life sciences at the end of the nineteenth century. Even a preliminary look at the pragmatists’ life and writings reveals that many of their core conceptions—the nature of inquiry, the role of the environment, the activity of the mind—emerged out of a dialogue between philosophy and biology. These conceptions are at the heart of the most influential works of pragmatism. Delve into James’ Principles of Psychology and you will discover humans and cuttlefish alike actively shaping their perceptions; open Dewey’s Democracy and Education and you will find a whole section on the role of the environment; browse through Mead’s unpublished Essays on Psychology and you will encounter discussions of animal behavior and embryology. This suggests that if we want to understand the pragmatists and their influence, we need to understand the relation between pragmatism and biology.

Trevor Pearce did his doctoral work in the Committee on Conceptual and Historical Studies of Science at the University of Chicago. His dissertation, “‘A Perfect Chaos’: Organism-Environment Interaction and the Causal Factors of Evolution,” analyzed historical and modern debates about the relative importance of different causal factors in evolutionary history. He also holds an M.A. in Philosophy and an M.Sc. in Evolutionary Biology from U. Chicago, and arrives at UW-Madison after one year as a postdoctoral fellow at the Rotman Institute of Philosophy, University of Western Ontario.