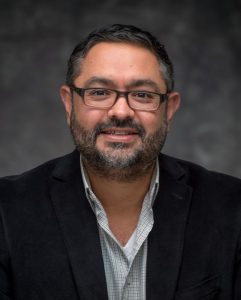 The German Connection in the Inter-American Cold War: Adveniat and the Radicalization of Latin American Catholic Students during the Global Sixties

This book examines the political tensions between European and Latin American actors in response to state repression and Liberation Theology. These actors include leading figures of Adveniat, the Episcopal Conference of Latin America, the International Movement of Catholic Students, the Catholic Youth of International Students, and the Latin American Secretariat. While the scholarship has made significant contributions to challenge the overwhelming attention once given to U.S. imperialism in the region, little has been done to investigate the role Western Europe and progressive Catholics played in the radicalization of Latin American youth during the Cold War era.

Jaime M. Pensado is an Associate Professor of History at the University of Notre Dame. He specializes in contemporary Latin American history, students movements, youth culture, the sixties, and the Cold War. He is currently completing his second book manuscript, Love & Despair: Catholic Activism, State Repression, and the Counterculture in Modern Mexico (University of California Press, forthcoming, 2023). His first book Rebel Mexico: Student Unrest and Authoritarian Political Culture during the Long Sixties (Stanford University Press, 2013) received the ”Mexico History Book Price” from the Conference on Latin American History (CLAH) while his co-edited volume with Enrique Ochoa, México Beyond 1968: Revolutionaries, Radical, and Repression during the Global Sixties and Subversive Seventies, was published in 2018 with the University of Arizona Press.