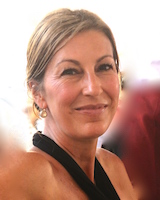 My project investigates Machiavelli’s frequent recourse to images of the Italian terrain in The Prince and his other literary works as a means of defining and communicating knowledge. My study shows how Machiavelli’s writings substantiate more than their distillation into a political theory that stripped morality from politics. Utilizing cross-disciplinary analytical tools to interpret Machiavelli’s geographical imagery, I uncover the surprising centrality and meaning of Machiavelli’s rhetorical engagement with the contours of his native land. Landscape as a subject figures little in debates over themes of conquest that are often darkened by inference regarding Machiavelli’s dangerous secularism. Departing from these scholarly contexts, I combine the tools of literary studies (close reading and rhetorical analysis) with those of other disciplines, namely humanistic geography, art history, history of cartography, and some hermeneutical approaches offered by post-colonial theories. The liminality of Machiavelli’s thinking shines through his passages about the land: combining reasoned observation with poetic imagination, these passages reveal an impatient humanist who observed, tracked, and despaired of his tragically exploited land – yet he hoped, wrote, and dreamed of a united and peaceful “Italy.”

Kristin Phillips-Court is Associate Professor in the Departments of French and Italian and Art History at UW-Madison. She is the author of The Perfect Genre: Drama and Painting in Renaissance Italy (Ashgate, 2011), which was awarded the MLA Scaglione Prize for Italian Studies. Her second book manuscript, Vasari’s Literary Art, provides close readings of seminal lives and episodes in Giorgio Vasari’s Vite (1550 and 1568) with attention to how Vasari negotiated the legacies of Dante, Petrarch, and Boccaccio. Professor Phillips-Court’s work has appeared in the Sixteenth Century Journal, MLN, Renaissance Drama, Annali d’ Italianistica and other peer-reviewed journals. She is a contributor to Oxford Bibliographies in Renaissance and Reformation (Italian Renaissance Comedy; Italian Renaissance Tragedy), The Literary Encyclopedia, and other collected volumes. After completing her PhD at UCLA she was granted a Fulbright Fellowship to study 20th-c. Italian Visual Poetry, but has since focused primarily on 15th- and 16th- century Italian literature, visual art, and intellectual culture. Professor Phillips-Court currently holds a Vilas Associates Fellowship Award (2016-18) for her new research on Niccolò Machiavelli. At the IRH this Spring, she will work on her project entitled “Machiavelli’s Tragic Geography.”