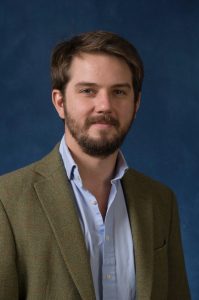 Jacopo Bassano and the Environment of Painting

In the mid-sixteenth century, the artist, surveyor, and engineer Jacopo Bassano (ca. 1510-1592), a native of a small market town on the Venetian mainland, produced rustic paintings of herdsmen, animals, and landscapes that were eagerly sought after by collectors throughout Europe. Although often described as charming examples of the pronounced pastoral strain in the visual culture of early modern Venice, these pictures had much less to do with the artistic conventions of the day than they did with the ongoing attempts to radically reshape the agricultural landscape in which their maker lived and worked. Drawing a series of connections between the art of painting, the disciplines of agriculture and land and water management, and nascent early modern conceptions of environmental mutability, this book argues that Bassano’s work contributed to an emerging Venetian discourse about the ties that bind people to the landscapes in which and animals among which their lives unfold. Central to this argument is the recognition of previously unremarked evidence in his paintings that demonstrate his familiarity with engineering, surveying and mapmaking, hydrology, agronomy, animal husbandry, and architecture—disciplines whose early modern Venetian practitioners were among the first in early modern Italy to reflect upon the complicated relationship between society and the environment. Highlighting this evidence, I argue that Bassano’s technical expertise was crucial to his development of what I describe as an ecological poetics of painting—that is, a set of principles regulating both the creation and reception of works of art that was rooted in an emerging body of thought about people’s place within, power over, and dependence upon the natural world.

James Pilgrim is a historian of early modern European art. A graduate of Colby College, Williams College, and Johns Hopkins University, his research has been supported by the Renaissance Society of America, the New York Public Library, The Gladys Krieble Delmas Foundation, and the Center for Advanced Study in the Visual Arts (CASVA), where he was a Paul Mellon Predoctoral Fellow. His article on Moretto da Brescia, naturalism, and cartography recently appeared in the Mitteilungen des Kunsthistorischen Institutes in Florenz. Further articles on early modern theories of landscape painting and the artistic reception of ancient philosophical skepticism are forthcoming in Grey Room and Renaissance Quarterly. Combining art history, ecocriticism, and environmental history, his current book project, “Jacopo Bassano and the Environment of Painting,” situates the work of this important sixteenth-century Italian painter within a context of aggressive agricultural expansion on the Venetian mainland.