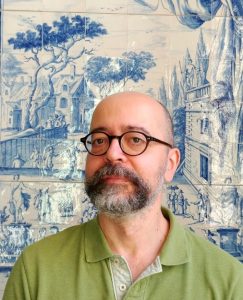 To what extent did the belief in an omnipotent deity (the kind of deity that can upset the standard way things are by performing miracles) influence the development of some of the basic concepts by which Western intellectuals have been thinking about the deep structure of the reality? In my research, I will consider this question by focusing on the the later medieval thinker, John Duns Scotus (d. 1308). Duns Scotus left a lasting mark in both philosophy and theology. His contributions to metaphysics have been long recognized as both original and influential on foundational early modern figures such as Descartes and Leibniz. My research project is to write the first book-length new treatment of his metaphysics in English in about 70 years. My monograph will be structured as a series of investigations on key topics and will make use of hitherto unexplored sources. The focal point of my project will be the relationship between God’s omnipotence and metaphysics. By focusing on this topic, I also hope to shed some light on the extent to which people and cultures with different religious commitment or no religious commitment might agree on a “neutral” interpretation of the structure of reality independent of those very commitments.

Giorgio Pini (PhD 1997, Scuola Normale Superiore, Pisa, Italy) is professor of philosophy at Fordham University in New York City, where he has been teaching since 2005. He held fellowships in Toronto (Pontifical Institute of Mediaeval Studies), Leuven (Katholieke Universiteit Leuven, Belgium), and Oxford (All Souls College). He has published extensively on later medieval metaphysics and theory of cognition with a particular focus on the thought of the Franciscan theologian and philosopher, Joh Duns Scotus. His most recent book is the critical edition of an hitherto unknown treatise on metaphysics by Duns Scotus, which was published by Brepols in 2017 in the series Corpus Christianorum Continuatio Mediaevalis.