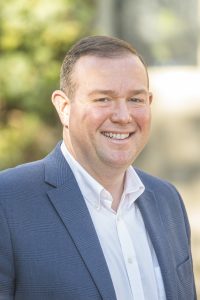 Left Behind: Veterans, Widows, and Orphans in the Era of the Crusades

The difficulties families face during wartime, the struggles of veterans to reintegrate into society, the fate of widows and orphans, and the emergence of family traditions of military service were vitally important issues in a twelfth-and thirteenth-century Europe convulsed by the crusades. Although they have been an important subject in medieval history for generations, almost nothing has been written about the home front during the crusades, the short-term consequences for the individuals involved, or the long-term consequences for their families and communities. Engaging larger debates about the impact of violence and persecution within societies, their influence on social values, and the development of the mentalités and institutions which sustain them, Left Behind is a first attempt to excavate the short-and long-term outcomes of crusading in the medieval world, uncover the true costs of holy war, document the experiences of the veterans and casualties of the crusading movement, and recover the voices of those they left behind: their wives and children, widows and orphans. Left Behind argues that conflict, violence, and religious belief during the crusading era altered the possibilities and realities for those at home in Europe—women and children, the old and injured—and that the often-neglected, marginalized individuals, left behind, wrought profound changes within medieval society, shaping and reshaping their families and communities, as well as the legal and institutional structures that dictated the future in the thirteenth century and beyond.

Randall Todd Pippenger received his PhD from Princeton University in 2018. In 2021-22 he held the Paul Mellon/Andrew W. Mellon Foundation Rome Prize from the American Academy in Rome, and his article “Lives on Hold: The Dampierre Family, Captivity and the Crusades in Thirteenth-Century Champagne,” Journal of Medieval History (2018), won the 2020 Van Courtlandt Elliott Prize from the Medieval Academy of America for best first article in medieval studies. His research has been supported by the American Philosophical Society’s Franklin Grant, the American Historical Association’s Bernadotte E. Schmitt Grant, the Medieval Academy of America’s Charles T. Wood Grant, as well as by grants from the Gladys Krieble Delmas Foundation and the Center for Culture, Society and Religion at Princeton University.