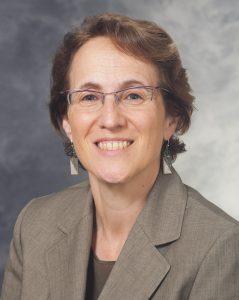 My project takes an interdisciplinary approach to investigate Berlin’s musical history from the reign of Wilhelm II to the building of the Berlin Wall. It seeks to understand how a city that never managed to host renowned composers succeeded in maintaining a world-class musical reputation despite the political, economic, and social turmoil of two world wars, a failed democracy, a dictatorship, and the Cold War. My approach draws on archival and published materials to explore how the interplay of economics, politics, musical taste, and Berlin’s highly diverse population sustained and enhanced its musical life through one crisis after another.

Pamela Potter’s research concentrates on relating music, the arts, and the writing of cultural history to ideological, political, social, and economic conditions in twentieth-century Germany. She is the author of Most German of the Arts: Musicology and Society from the Weimar Republic to the End of Hitler’s Reich (1998; German ed. 2000; Portuguese ed. 2015; Chinese ed. forthcoming) and Art of Suppression: Confronting the Nazi Past in Histories of the Visual and Performing Arts (2016); and she is co-editor of Music and German National Identity (2002) and Music and World War II (forthcoming). Previous honors include the Alfred Einstein Award of the American Musicological Society, the Vilas Associate Award, the Romnes Faculty Fellowship, and the Kellett Mid-Career Award from the University of Wisconsin, and she has received grant support from the National Endowment for the Humanities, the German Academic Exchange, the Andrew W. Mellon Foundation, and the Social Science Research Council.