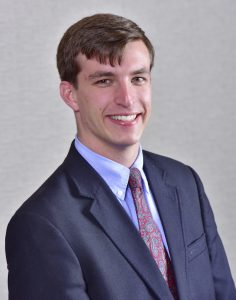 After elevating prudence as the ethical core of political leadership, I propose a framework for its conceptualization. This framework presents ideal types, or paragons, as a heuristic for understanding various conceptions of prudent leadership. I then apply this framework to several thinkers in the “mirror for princes” genre—Aristotle, Cicero, Christine de Pizan, Thomas More, and Machiavelli—and outline a paragon for their respective treatments of prudence. Together, these paragons of prudence provide a broad sample of the pre-modern heritage and lineage of political leadership. Moreover, the consistency across these paragons demonstrates the significance of modern turns away from prudence, classically understood. In sum, this dissertation presents a prominent conception of political leadership in classical political thought that highlights principles that modern theories of leadership reject and may want to reconsider.

Michael E. Promisel is a Ph.D. Candidate in Political Science at the University of Wisconsin-Madison. Michael’s research draws on the traditions of ancient, medieval, and American political thought to reflect on timely questions concerning leadership, virtue, and religion and politics. His dissertation, Paragons of Prudence: Political Leadership in Classical Political Thought, proposes a framework for understanding the ethical character of political leadership and includes chapters on Aristotle, Cicero, Christine de Pizan, Thomas More, and Machiavelli. Michael’s scholarship has appeared in the Review of Politics, VoegelinView, and the American Journal of Political Science .

Michael has served as the instructor of record for courses on Critical Thinking & Rhetoric, Sport & Politics, and Political Leadership and as a teaching assistant for courses covering the history of political thought and American political institutions. Michael is a Dana-Allen Fellow at the Institute for Reasearch in the Humanities and Graduate Fellow for the Center for the Study of Liberal Democracy. Michael received his B.A. in Government from the University of Virginia.