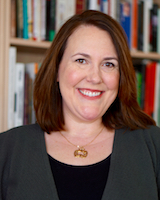 Sectarian Identity in the Architecture of the Caliphs (909-1171)

Jennifer Pruitt’s project investigates the architecture of the Fatimids (909-1171), a medieval Shi’i Muslim dynasty that founded Cairo and dominated the early medieval Mediterranean world. Generally considered a golden age of multicultural tolerance, the Fatimid era was characterized by an efflorescence of art and architecture. Her research complicates this narrative by centering its discussion around the single exception given to this tale of interfaith utopia, the patronage of the “mad” caliph, al-Hakim bi-Amr Allah (r. 996-1171). Al-Hakim is notorious as a psychotic destroyer of churches and synagogues; cruel persecutor of Christians, Jews, and women; killer of dogs; and a divine figure to the later Druze faith. Without question, he was a singular historical figure. However, delving into this dramatic, but productive, exception to the Fatimid narrative of tolerance reveals the sophisticated role of architectural patronage in the medieval Islamic world. Her book project analyzes the role of multi-confessional and sectarian identities in the patronage of the Fatimid rulers, comparing al-Hakim’s controversial projects to those of his predecessors, his successors, and those in competing Islamic realms. By considering construction and destruction as part of a unified building program, her research problematizes the simplistic notion of an age of artistic cooperation that could only be disrupted by a mad man.

Jennifer Pruitt is an Assistant Professor in Islamic Art History at the University of Wisconsin – Madison. Her research interests include art and architecture in the medieval Islamic world; the role of the caliphate and sectarian identity in architectural production; the status of Christian art in medieval Islam; and cross-cultural exchange in the medieval world. She is also interested in artistic production in the wake of the Arab Spring; the re-imagining of the “medieval” in contemporary arts in the Middle East; and architectural patronage in the Arabian Gulf.