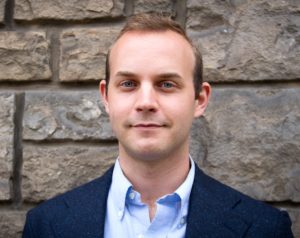 Protestantism and Progress in the Nineteenth Century: Philip Melanchthon, Karl Bretschneider, and the Making of the “Corpus Reformatorum” in Germany

This project examines the reinvention of the Reformation in modern Germany and Europe through the making of the Corpus Reformatorum (1834–60), the state-sponsored, critical edition of texts from the sixteenth-century reformer Philip Melanchthon. It uniquely indicates the contested alliance between Protestantism and “progress,” the latter understood especially in terms of scientific achievement and modernization in religious and cultural life, with political consequences. Through the investment of Prussia’s powerful Ministry of Culture, backed by the Crown, and edited by the one of the leading rationalists of the day, the series came to signify the new scholarly ethos, progressive theological spirit, and distinct cultural and ecclesiastical sensibilities the state pursued over much of the nineteenth century.

Zachary Purvis s Leverhulme Early Career Fellow at the University of Edinburgh and Alexander von Humboldt Fellow at the University of Göttingen. He completed his D.Phil. at the University of Oxford. He is the author of Theology and the University in Nineteenth-Century Germany (Oxford University Press, 2016), awarded Best First Book by the Ecclesiastical History Society. His articles and essays have appeared in such venues as Church History, Journal of the History of Ideas, and The Oxford Handbook of Nineteenth-Century Christian Thought, among others. His research has been supported by the German Academic Exchange Service (DAAD), Fulbright Program, Leibniz-Institute for European History, Fritz Thyssen Stiftung, Leverhulme Trust, and other institutions.