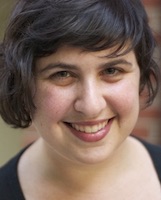 Orbital Decay: Space Junk and the Nature of Outer Space

What is space junk, and who defines waste in an environment seemingly devoid of nature as we know it? Lisa Ruth Rand’s first book explores these questions by investigating the environmental history of the nearest regions of outer space. Tracing changes in the orbital landscape and in the political landscape below during the Cold War, concurrent with the rise of mainstream environmentalism, this book reveals the roots of an international understanding of the remote, illegible region between Earth and outer space as a natural environment at risk. In examining space artifacts as they move through and return from the planetary borderlands, Rand explores this extreme environment as a site of contested scientific moral authority, shifting values of consumption, and Space Age spatial politics. The history of space junk provides valuable, unprecedented context for an international space policy community considering how to safeguard humanity’s future in our increasingly crowded cosmic neighborhood.

Lisa Ruth Rand earned her PhD from the Department of History and Sociology of Science in 2016. Her research plumbs the intersections of the histories of science, technology, and the environment during the Cold War, with a focus on mobile waste and contingent constructions of nature and sustainability. In addition to the environmental history of outer space, she has also written about gender in American aerospace culture and performances of scientific practice at Earth analog habitats. Rand’s research has been supported by fellowships from NASA, the Society for the History of Technology, the Smithsonian National Air and Space Museum, the Penn Humanities Forum, and the Consortium for the History of Science, Technology, and Medicine. She is a Research Associate in the Department of Space History at the Smithsonian National Air and Space Museum, an Adjunct Research Associate at the RAND Corporation, and a volunteer urban astronomy educator. Find out more at lisaruthrand.com.