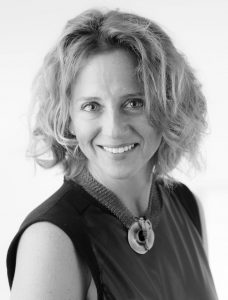 The American Ways of Wisdom: A History

The American Ways of Wisdom is a history of the love of wisdom—“philosophy” in the broadest and most literal sense—in twentieth-century American life. It examines how a variety of
Americans over the course of the century understood wisdom, why they craved it, how they struggled to achieve it and use it to remake themselves and American society. In our current volatile, fractious, and hyper-ideological moment, with the world lurching toward irreparable climate catastrophe, the word “wisdom” may seem a bit jarring, escapist, antiquated, sentimental, or simply impossible to articulate and even harder to achieve. However, Ratner-Rosenhagen’s work shows that for generations of philosophically minded American intellectuals, writers, artists, activists, scientists, and spiritual seekers, wisdom was essential for a meaningful life. They refused to view wisdom as quietist or romantic. Nor did they believe it to be outsized by the most pressing social, political, and existential issues of their day. Quite the contrary, they believed that
the absence of wisdom in American life was what caused those seemingly intractable problems in the first place, and that seeking lost (or forgotten or ignored) wisdom in our daily lives was the only way to fix them. The quest for wisdom has animated significant developments in American intellectual and cultural life, and yet it has been overlooked or ignored by standard accounts of twentieth-century U.S. history. Ratner-Rosenhagen’s IRH-supported book will give the first account of its kind explaining how the rich history of modern wisdom seeking in America has created the moral world we now inhabit.

Jennifer Ratner-Rosenhagen is the Merle Curti and Vilas-Borghesi Distinguished Achievement Professor of History at the University of Wisconsin-Madison. Her research focuses on 19th- and 20th-century U.S. thought and culture in transatlantic perspective. She is the author
of American Intellectual History: A Very Short Introduction (Oxford, 2021), The Ideas That Made America: A Brief History (Oxford, 2019) and the award-winning American Nietzsche: A History of an Icon and His Ideas (Chicago, 2012), and is co-editor of The Worlds of American Intellectual History (Oxford, 2016) with Joel Isaac, James Kloppenberg, and the late Michael O’Brien, and Protest on the Page: Essays on Print and the Cultures of Dissent (Wisconsin, 2015), with James Danky and the late James Baughman. In addition to writing for a number of scholarly and disciplinary journals, she has written essays and reviews for New York Times, Washington Post, Time, Guardian, American Scholar, Hedgehog Review, Chronicle of Higher Education, Daedalus, Raritan, Wilson Quarterly, Los Angeles Review of Books, Dissent, and Aeon, among others.