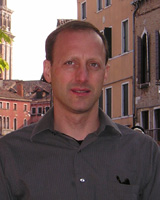 A Solmsen Fellow for AY 2012-13 at the University of Wisconsin, Todd Reeser is Professor of French, with a secondary appointment in Women’s Studies, in the Department of French and Italian at the University of Pittsburgh. He just completed a year as acting director of the Humanities Center at the University of Pittsburgh. His research interests lie largely in the areas of gender and sexuality broadly conceived, especially in the early modern period. His first book Moderating Masculinity in Early Modern Culture (2006) studies ways in which masculinity often aligns itself with the virtue of moderation as it positions its various “others” (e.g. women, the sodomite, the Amerindian) as excess and lack. In 2010, Reeser published Masculinities in Theory, a monograph that provides a series of theoretical models to analyze masculinity from a literary/cultural perspective, especially as inflected by post-structuralist thought. He has also coedited Approaches to Teaching the Works of François Rabelais (2011) and “Entre hommes”: French and Francophone Masculinities in Theory and Culture (2008), and he is currently editing a collection of essays on the topic “Transgender France.”