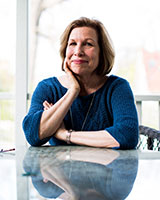 Historians, politicians and filmmakers have celebrated the Normandy campaign as a great moment in the history of the Second World War. And indeed it was. But the story, at least as it has been told by American historians, has focused too narrowly on the G.I. perspective. What the invasion meant for the Normans has been almost completely left out of the story. French civilians appear only at the peripheries of the campaign, their roles reduced to inert bystanders or joyous celebrants of liberation. In short, the French form nothing more than a landscape against which the Americans fight for freedom. D-Day through French Eyes: Memoirs of Normandy 1944 will offer us a fresh perspective on this decisive moment in history. The first English-language collection of French memoirs about the campaign, D-Day through French Eyes features roughly one hundred eyewitness testimonies culled from Norman archives and French publications. These personal testimonies by ordinary Normans have never appeared in English translation. They revolve around the rich and complex sensory details of the landings—the sound of artillery, the first glimpse of an American Jeep, the smell of death and the taste of chocolate. The result is a vivid picture of hell in the bocage.

Mary Louise Roberts is the author of three books, Civilization without Sexes: Reconstructing Gender in Postwar France, 1918-1928 (1994), Disruptive Acts: The New Woman in Fin de Siècle France (2002), and most recently, What Soldiers Do: Sex and the American G.I. in World War II France (2013). A French edition of What Soldiers Do will appear with Editions Seuil in 2014. Roberts has been the recipient of grants from the National Endowment for the Humanities, the American Council of Learned Societies, the Institute for Advanced Study, and the John Simon Guggenheim Foundation. She has also received several teaching awards, most recently in 2008, the Chancellor’s Distinguished Teaching Award. Her most recent articles have appeared in French Historical Studies, the American Historical Review, l’Histoire, les collections, and the Journal of Women’s History.