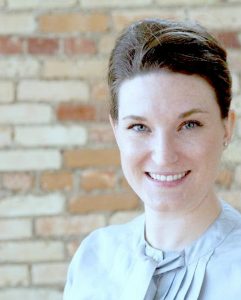 A Renaissance of Imagination: On Democratic Implications of Creativity in Early Modern Political Thought

In arguing for renewed focus on imagination, the purpose of this project is to enrich thinking about traits needed for effective democratic citizenship today. Imagination is not often studied for its role in democracy. Usually, it is confined to serious study as of value to art proper or subsumed as part of practical wisdom. Joining other studies of phenomena undervalued in democratic life, this project illuminates today’s civic need for imagination in its role in creativity, innovation, and even resistance. Through an original interpretation of works by various early modern political thinkers, it shows how imagination functions in politically relevant moral activities—like empathizing and perspective-taking—while demonstrating the benefit of democracy for its expression and cultivation.

Katherine M. Robiadek is a Ph.D. Candidate in the Department of Political Science at the University of Wisconsin, Madison. Her first field of study is Political Theory with a second field in Comparative Politics, along with a minor in Early Modern Studies and a graduate certificate in European Studies. Her primary research focuses on early modern political thought.