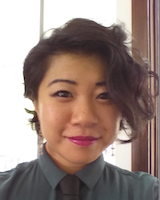 My book project examines the impact of new time-keeping technologies on rhythms of life in seventeenth century France. Specifically, I tell the story of how the appearance of the minute and second hands on clocks gave a new richness and texture to the very experience of time: of time passing, of haste, and of slowness.  Time came to govern sexuality in new ways: from certain socio-sexual tempos (paces of courtship, bereavement, reproduction) to the regulated speed of seduction onstage.  Early modern theater staged a wide range of desires, from the homoerotic and deviant to the heteronormative.  The performing arts were in fact an essential cornerstone of Louis XIV’s glittering Absolutist spectacle. However, instead of analyzing the explicitly political uses of theater, I turn instead to theater’s more insidious and subtle forms of managing the population, or biopower. As Foucault argues in the History of Sexuality, disciplinary power, rather than deciding on the citizens’ right to live or to die, sought instead to manage bodies and lives through the controlled flourishing or strategic diminishing of life’s capacities. One essential component of this management, I argue, includes temporal speeds. The theater both modeled and contested new types of embodiment, new body politics, and new temporalities that were on the horizon in the seventeenth century.  Each play I analyze showcases a different form of delay or haste that critically interrupts the normative temporality of marriage, motherhood, mourning, or sovereignty. In this light, I argue that queer velocities onstage hijack aesthetic and temporal disciplinary norms to offer counter-hegemonic erotic sensations, forms of intimacies, and circulations of affect.

Jennifer Row is an assistant professor of French at Boston University and affiliate faculty with BU’s Women’s, Gender, and Sexuality Studies and World Languages and Literatures, and received her PhD in Comparative Literature (2014) from Cornell University.  Her research and teaching interests include early modern theater (17th and 18th c), queer and feminist theory, and affect theory. Her book project, Queer Velocities, looks at the impact of newly precise timekeeping technologies on queer erotics in seventeenth-century French theater. She was a fellow at the Institute for Advanced Study at the University of Minnesota and organizes a “Premodern Temporalities” research group with the UMN Center for the Study of the Premodern World. She has previously taught at the Université de Paris-Sorbonne (Paris-IV) and at the Lycée Louis-le-Grand.