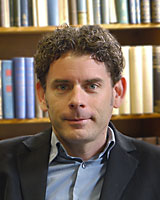 ‘Martial Acts Virtuously Enacted by Women’: Gender and Violence in the French Wars of Religion

My project concerns the gendered nature of violence and political culture in early modern French history. Religious identities and animosities sharply divided France along confessional (or sectarian) boundaries between a Catholic majority and Calvinist minority in the late sixteenth and early seventeenth centuries. Gender boundaries also strongly influenced French society, defining women’s and men’s positions in religious, political, military, and cultural spheres. Women’s abilities to challenge and transgress both gender and confessional boundaries were especially apparent at the royal court and in the religiously mixed areas of southern France during the religious wars. This study aims to bridge the gap between gender studies and the history of warfare in order to discover the ways in which violence and subjectivity were gendered in the French Wars of Religion. A comprehensive approach to gender and violence can contribute to both fields by reassessing Natalie Zemon Davis’s “rites of violence” and John A. Lynn’s “campaign communities.” Gender studies that consider violence have often focused usefully on state breakdowns, social ruptures, and political transformations as key periods of change in gendered discourses. The French Wars of Religion of 1562-1629 represent a similar period of chaotic social disruption and cataclysmic violence that significantly altered associations between gender and violence. The unique aspects of confessional division and sectarian violence in these conflicts provide an excellent case for examining both the limitations and possibilities confronting women during a period of severe disruption and changing gender relations.

Brian Sandberg is an Assistant Professor of History at Northern Illinois University who is interested in the intersections of religion, violence, and political culture during the European Wars of Religion. Sandberg completed his doctoral studies at the University of Illinois at Urbana-Champaign in 2001, and held teaching positions at Simpson College and Millikin University before coming to Northern Illinois University, where he teaches courses on The European Wars of Religion, The Mediterranean World, The Renaissance, Early Modern France, and Early Modern Globalization. He previously served as a National Endowment for the Humanities Fellow at the Medici Archive Project, and held a Jean Monnet Fellowship at the European University Institute. His first monograph entitled, Warrior Pursuits: Noble Culture and Civil Conflict in Early Modern France (Baltimore: Johns Hopkins University Press, forthcoming) examines provincial nobles’ orchestration of civil violence in southern France in the early seventeenth century. He has published a number of articles and book chapters on religious violence, gender relations, and noble culture in early modern France, and is currently working on a new book project on Gender and Violence in the French Wars of Religion, 1562-1629.