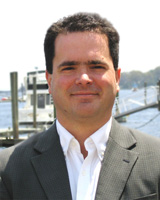 The Matter of Babylon: Figures of the City in the Early Middle Ages and Beyond

At the Institute Scheil is working on a book on the understanding of Babylon in the Western imagination from the classical period to the present. This wide-ranging project in intellectual history and literary criticism explores the seminal early medieval understandings of Babylon and tracks the later reception of this complex body of allusive lore. Although Babylon has enjoyed an unbroken record of allusion and adaptation in the West, used extensively by writers in every century, this project will be the first synthetic view of this rich history, detailing a wide variety of literary, rhetorical and ideological appropriations of the great city of eastern antiquity.

Andrew Scheil is an Associate Professor of English and a McKnight Presidential Fellow (2007-2010) at the University of Minnesota. His fields of research include Anglo-Saxon literature and culture; late antique, medieval, and early modern literature; poetry, historiography, and exegesis. His first book, The Footsteps of Israel: Understanding Jews in Anglo-Saxon England (Michigan 2004) won the 2005 Best First Book Prize of the International Society of Anglo-Saxonists and the 2008 John Nicholas Brown Prize of the Medieval Academy of America. He has published articles on Anglo-Saxon topics in journals such as Anglo-Saxon England, Journal of English and Germanic Philology, Exemplaria, Literary Imagination, and Neophilologus. His current project was funded in 2007-2008 by a NEH Fellowship for University Teachers. Scheil was educated at Rutgers University (BA) and the University of Toronto (MA and PhD).