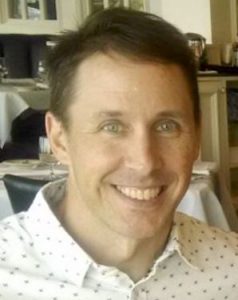 This will be the first academic biography of comedian and activist Dick Gregory. Gregory broke the color line in standup comedy in the early 1960s and subsequently threw himself into the rising tide of the black freedom struggle, with a conviction unparalleled among entertainers. Gregory soon became more activist than entertainer, working at the leading edge of the other movements for social change that coalesced from the late 1960s onward. This study traces the roots of Gregory’s activism from his impoverished upbringing in St. Louis through his solitary sacrifices of the 1970s and beyond, and it will outline and assess Gregory’s important roles in the larger historical developments of the period, including the emergence of modern popular culture and movements for equality and empowerment in American life.

Edward Schmitt is an associate professor of history at the University of Wisconsin-Parkside, where he has taught since 2002. His research and teaching focuses on the intersections of politics, social movements, and culture, particularly as these have addressed inequality in American life. His first book, President of the Other America: Robert Kennedy and the Politics of Poverty, was published by the University of Massachusetts Press in 2010.