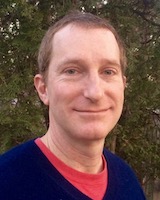 Neither Science Nor Religion: Why Philosophy Matters for Answering the Big Questions

Obscured in the dust raised in the recent confrontation between the so-called New Atheists and traditional Christian apologists is the assumption that answers to certain Big Questions – questions that go to the heart of human existence such as Do we have free will?, Are there facts about right and wrong?, What is consciousness?, Is life meaningful? – will emerge entirely from either scientific investigation or from religious scripture. My book offers a corrective to this attitude, showing why neither science nor religion answers these questions correctly. Philosophy, I argue, is the place to look for answers to the Big Questions.

Lawrence Shapiro received his Ph.D. from the University of Pennsylvania and is now a Professor of Philosophy at UW-Madison. His main research areas are in philosophy of mind and philosophy of psychology. Among his books are The Mind Incarnate (MIT Press, 2004), the award-winning Embodied Cognition (Routledge, 2011) and, with Professor Thomas Polger, The Mutliple Realization Book (Oxford, 2016). Relevant to his project with the IRH is his The Miracle Myth: Why Belief in the Resurrection and Supernatural is Unjustified (Columbia, 2016), in which he presents some fundamental epistemological principles that are relevant to assessing justification in beliefs about extremely improbable events and applies these to claims about miracles.