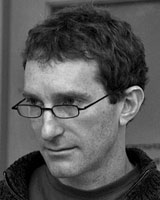 A Philosopher’s Guide to Thinking about Miracles

Larry Shapiro is a Professor in the Dept. of Philosophy, where he has spent his entire career since migrating from Philadelphia in 1993. He has written widely on topics in philosophy of mind, philosophy of psychology, and cognitive science, publishing books with MIT Press (The Mind Incarnate, 2004) and Routledge Press (Arguing About the Mind, co-edited with Brie Gertler, 2007; and Embodied Cognition, 2011). He’s also a dedicated runner and author of Zen and the Art of Running (Adams Media) in 2009.