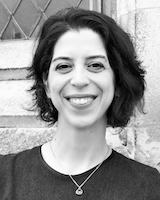 Fear of the False: Medical Jurisprudence in Colonial India

My project examines the rise of medical jurisprudence (or forensic science) in colonial India, 1856-1947. Medical jurisprudence addressed a key anxiety of the colonial state: the fear of “native dissimulation” and manipulation of the criminal justice system through fabricated evidence and false charges. Combining legal history, the history of science and medicine, and the history of the professions, I examine allegations of false charges in murder, rape, abortion, and sodomy cases through the work of colonial officials like the Chemical Examiners and the Imperial Serologist. The project explores notions of truth and trust; race, resistance, and corruption; and legal pluralism through non-colonial notions of private disputing, collective responsibility, punishment, and causation.

Mitra Sharafi is a legal historian of South Asia and Associate Professor of Law and Legal Studies at the University of Wisconsin–Madison (with History affiliation). Her first book, Law and Identity in Colonial South Asia: Parsi Legal Culture, 1772-1947 (2014) was awarded the Law and Society Association’s 2015 Hurst Prize. In addition to her second book project, she is also writing an article on abortion during the Raj and another on Asian and African law students who were expelled from the Inns of Court. Since 2010, her South Asian Legal History Resources website has shared resources for the historical study of law in South Asia. She is a regular contributor to the Legal History Blog.