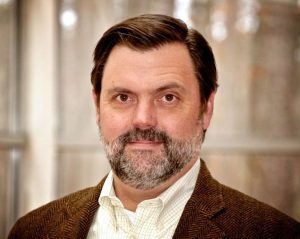 Qur’an and Canon: The Contours of Scripture at the End of Antiquity

This project investigates the Qur’an’s emergence as a new scriptural tradition in the late ancient Near East from a novel perspective: it understands the Qur’an as a biblical apocryphon that eventually became the scripture of a new religious tradition. By approaching the Qur’an as a late ancient biblical apocryphon of uncertain origin, whose scriptural destiny is not yet determined, we can study the Qur’an as a witness to the diversity and creativity of religious culture in the early Byzantine world, and we can also newly examine how this writing eventually developed into the scripture of a new religious faith.

Stephen J. Shoemaker is Professor and Ira E. Gaston Fellow in Christian Studies in the Department of Religious Studies at the University of Oregon. He is a specialist on the history of Christianity and the beginnings of Islam. His primary interests lie in the ancient and early medieval Christian traditions, and more specifically in early Byzantine and Near Eastern Christianity. His research focuses on early devotion to the Virgin Mary, Christian apocryphal literature, and Islamic origins. Prof. Shoemaker has been awarded research fellowships from the John Simon Guggenheim Memorial Foundation, the American Council of Learned Societies, the Institute for Advanced Study, the National Humanities Center, the Radcliffe Institute for Advanced Study at Harvard University, the Rockefeller Foundation, the Alexander von Humboldt Foundation, and the National Endowment for the Humanities. He is also the Editor of the Journal of Early Christian Studies.