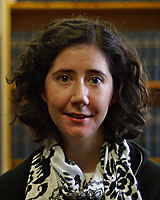 Sentimental Literature: Directing the Flows of Sympathy in Enlightenment and Francophone Texts

This dissertation examines the extent to which literature (and by extension language) can bridge psychic, geographical, cultural, and ideological distance to evoke readerly sympathy without inviting the reader to over-identify (or promiscuously identify, in Susan Bernstein’s terms) with the alterity of a character’s suffering. One facet of this study is the exploration of the role of sympathy in sentimental works of the French abolitionist movement—both as a technique to influence the reader’s political beliefs, and as a means of subverting social and racial hierarchies on the plantation. This dissertation also explores the role and questionable efficacy of travel literature in engaging the French reader in the suffering of those in the colonies, as well as 18th-century concerns that sympathy destabilizes identity, as revealed in 18th-century French and contemporary Caribbean epistolary novels and autobiographies. A final area of investigation is the inherent difficulty of describing physical pain and emotional trauma, which is a major impediment to sympathizing with another person’s invisible suffering.