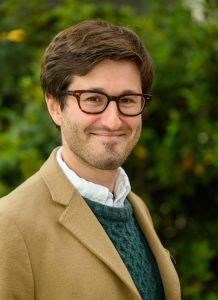 Alexander Statman’s book, A Global Enlightenment: Western Progress and Chinese Science, argues that Chinese scholarship informed signature contributions of the European Enlightenment. Historians have studied Enlightenment ideas about non-Western science; this book explores the more ambitious claim that non-Western science also shaped Enlightenment ideas. Chinese natural philosophy was deployed in European debates. For example, Catholic missionaries in Beijing learned about yin-yang theory from Chinese and Manchu interlocutors, while their correspondents in Paris associated yin and yang with positive and negative magnetic poles. European and Chinese thinkers together sought to recover scientific knowledge that they believed had been lost to modernity. They invented esoteric traditions — including Mesmerist hypnotherapy and tarot-card fortune-telling — by linking the distant east with the ancient past. Geographical and chronological distance became unfamiliar together, and the past became a truly foreign country. The result was a reformulation of the idea of progress. Through this story, Statman revisits the foundational “Needham question” – why didn’t China develop modern Western science? — and reveals the historical conditions that made it possible to ask. Ironically, the contributions of Chinese science to Enlightenment thought explain how the actually recent notion of “modern Western science” came about.

Alexander Statman is a historian of science and intellectual historian. His research interests include intercultural conversation and exchange, the Enlightenment’s challenges and legacies, environmental thought, and the historiography of science. He received his B.A. from Columbia University and his Ph.D. from Stanford University. He has held awards including the Chateaubriand Fellowship, the ACLS/Dissertation Completion Fellowship, and the Dibner Fellowship in the History of Science and Technology at the Huntington Library. His articles have been published in journals including Isis: A Journal of the History of Science Society; East Asian Science, Technology, and Medicine; and the Journal of World History. His book, A Global Enlightenment: Western Progress and Chinese Science, is under contract with the University of Chicago Press.