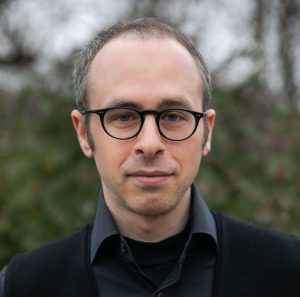 No Hands: An Archaeology of Emancipation

My project analyzes “emancipation” as a political concept. As a scholar of religious studies, I turn to the tradition of political theology as a methodological resource, beginning with the idea that medieval theological concepts can offer structural models for understanding modern, secular politics. The particular wager of the study is that the Christian concept of acheiropoieta—sacred icons “made without hands”—can guide a parallel inquiry into the “hands” of emancipation (lit., “to be removed from the hand”). I argue here that a reading of “hands” across modern political theory, philosophy, and theology will provide a novel consideration of important secular categories, including: freedom and servitude, self-determination and alienation, sovereignty and subjection.

Adam Stern joined the Department of German, Nordic, and Slavic and the Center for Jewish Studies in 2019. He previously held a position as a postdoctoral associate in the Whitney Humanities Center and Program for the Study of Antisemitism at Yale University. His first book, Survival: A Theological-Political Genealogy, was published with the University of Pennsylvania Press in 2021. Recent scholarly publications have appeared in Modern Intellectual History, Critical Times, Word & Image, and CR:The New Centennial Review.