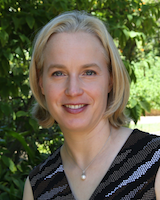 This book shows how popular fiction by Henry James, Frances Hodgson Burnett, Charlotte Perkins Gilman, and others spread awareness of the late-nineteenth-century religious movement known as New Thought, which promoted positive thinking as a means to health and prosperity. This faith introduced concepts like the inner child, daily affirmation, and creative visualization, which have gradually migrated from their original religious context into twenty-first century psychotherapy and self-help literature. Nineteenth- and early-twentieth-century New Thought novels thus shed light on the development of the modern addiction recovery movement and the evolution of certain trends in twentieth-century children’s literature.

Anne Stiles is Associate Professor of English and Director of Medical Humanities at Saint Louis University. She is the author of Popular Fiction and Brain Science in the Late Nineteenth Century (Cambridge UP, 2012) and the editor of Neurology and Literature, 1866-1920 (Palgrave, 2007). She also co-edited two volumes published by Elsevier in 2013 as part of their Progress in Brain Research series. Stiles serves as Victorian section co editor of the Wiley-Blackwell journal, Literature Compass. Her most recent work focuses on literary authors’ responses to Christian Science and New Thought on both sides of the Atlantic.