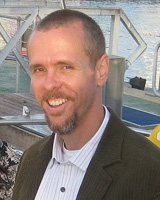 Diaspora’s Democracy: The International Dimensions of Slavery in the Making of the United States

Diaspora’s Democracy argues that African American ideas of belonging, freedom, and citizenship evolved not so much out of peculiarly “American” circumstances; but rather out of vibrant intellectual conversations between slaves and other international actors in Africa, the Spanish and Portuguese empires, Native America, Haiti, the British West Indies, and Canada. The achievement of African American citizenship was the sum of these fitful attempts to forge new moral communities across the diaspora—whether asserting belonging through African nations such as “Igbo,” embracing the Haitian Revolution as an inspirational beacon of freedom, or choosing to run away to British “subject” status in Canada. Emphasizing the importance of these intellectual linkages, Diaspora’s Democracy reconceptualizes early African American history as residing in the liminal space of diaspora, with slavery as the motor force for new forms of international relations across multiple borders.

James H. Sweet is Vilas Distinguished Achievement Professor of History at the University of Wisconsin-Madison. His research interests range widely across the history of Africa and the African diaspora. He is the author of two prize-winning books, Recreating Africa: Culture, Kinship, and Religion in the African-Portuguese World, 1441-1770 (2003) and Domingos Álvares, African Healing, and the Intellectual History of the Atlantic World (2011). In addition to Diaspora’s Democracy, he is currently working on two other projects, one on a pirated slave ship in the eighteenth-century Atlantic world, and another on the politics of interracial intimacy in twentieth-century South Africa.