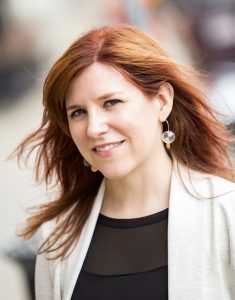 Movies Under the Influence: Substances and Cinema

My new monograph, Movies Under the Influence, engages with the history of film exhibition and spectatorship in the mid-century period of the early 1930s through the very early 1980s via the lens of intoxicants. I look to nicotine, caffeine, alcohol, marijuana, opium, and psychedelics to examine their impact on the history of film going and movie watching, as well as the implicit relationships they suggest between mass media, spectatorship, and governmental regulation. Both deeply archival and deeply theoretical, Movies Under the Influence argues for the necessity of substances in understanding the history of moviegoing and its ties to governance, legality, and the counterculture.

Jocelyn Szczepaniak-Gillece is a cultural historian of exhibition, spectatorship, and American film, and the author of The Optical Vacuum: Spectatorship and Modernized American Theater Architecture (Oxford University Press, 2018) as well as multiple articles in journals and anthologies. She is an assistant professor of English and Film Studies at the University of Wisconsin-Milwaukee where she teaches courses in media historiography, special effects, animation, Classical Hollywood, trash cinema, and film history.