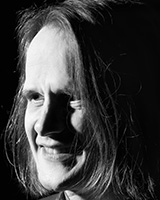 The Semantics of Images

It is often assumed that images are unlike language in that they resemble the world, rather than referring to it using conventional signs. There is nevertheless much that is conventional in the ways that images denote, assert, deceive and shift meaning. Using many concrete examples from Western and non-Western traditions, I work in the border territory of art historical iconography, semiotics and the philosophy of images.

Paul Taylor is Curator of the Photographic Collection at the Warburg Institute, University of London. He is the author of Dutch Flower Painting, 1600-1720 (1995) and of numerous articles on early modern art theory and iconography. He has also edited four multi-author volumes: Pictorial Composition from Medieval to Modern Art (2000), The Iconography of Cylinder Seals (2006), Iconography without Texts (2008) and Meditations on a Heritage: Papers on the Work and Legacy of Sir Ernst Gombrich (2014). His most recent publication is Condition: the Ageing of Art (2015).