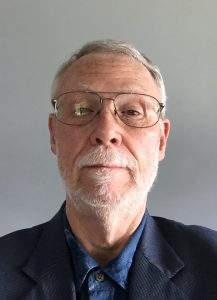 Aquinas and “the Arabs”: Classical Arabic Philosophy and Its Importance for the Thought of Thomas Aquinas

I am Professor of Philosophy at Marquette University where I began my career in 1982 (Ph.D. University of Toronto). Since 2011 I have been visiting professor at the Institute of Philosophy at the Katholieke Universiteit Leuven in Belgium where annually co-teach with Prof. Andrea Robiglio the course Aquinas in Context with special emphasis on Thomas’s use of the Arabic philosophical tradition for the formation of his key teachings in natural science, theory of knowledge, metaphysics and much more. Since my student days I have studied philosophy in Greek, Arabic and Latin contexts with special focus on the early 9th-century Arabic tradition, the Aragic rationalist tradition of Averroes and others, and the influence of philosophical reasoning of those thinkers on the formation of philosophy and theology in medieval Europe. My current IRH project grows out of these interests and recent graduate courses taught in Istanbul, Leuven, Pisa, and Milwaukee.