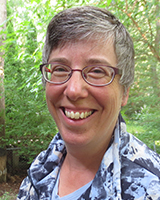 Hagakure and “The Way of the Samurai”

“The Way of the Samurai is death.” This iconic phrase, originally found in the 1716 Japanese work Hagakure, exhorted Japanese to die during World War II and has since flourished in popular media around the world. This project both situates this renowned formulation of Japanese warrior ethics in its original, eighteenth-century context and traces its dissemination and reinterpretation over time. Avoiding ahistorical assertions about Japanese “spirit” or “ethnomentality,” this project examines how writers, publishers, and politicians have repeatedly altered the meanings and impact of this seemingly static text – whether reducing its complex message to a simple exhortation to throw away one’s life for the state, or using its stories to shape, and reshape, our ideals of loyalty and service, heroism and compassion. In examining the history of Hagakure, this project explores not only a key area of popular Japanese ethics, but issues common to anti-intellectual, isolationist, or suicidal movements worldwide.

Sarah Thal is an Associate Professor of History at UW-Madison, and is an affiliate of the UW’s Center for East Asian Studies, Religious Studies Program, and Center for History and the Environment. A scholar of the religious, social, and political history of early modern and modern Japan, she seeks to understand the intersection of religious ideals and practices with the myriad stresses of everyday life. She is the author of Rearranging the Landscape of the Gods: The Politics of a Pilgrimage Site in Japan, 1573-1912 (University of Chicago Press, 2005), as well as several articles and essays on Shinto in modern Japan. She is at work on a book project entitled Hagakure and “The Way of the Samurai.“