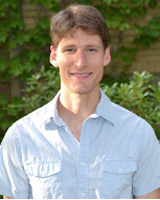 Evangelical Space: Art, Experience, and the Ethical Landscape in America, 1820-1860

Nowadays the term “media” is likely to conjure up ideas of giant transnational conglomerates, cable news networks, and Facebook; we hear constant chatter about the cultural and political consequences of “social,” “mass,” “mainstream,” even “lamestream” media. But media in this modern sense has not always been so ubiquitous or mundane. In early nineteenth-century America, media took on cosmic and utopian dimensions, as mass print promised not only to link people together as never before, but also to connect them to the sacred in new ways. My research explores this pivotal moment in the history of media, focusing on the development of mass print as an instrument of social reform in the United States. It seeks to understand the impact of this print on a number of related domains of antebellum culture, including the popular religious imagination and ideas about the social role of artistic expression. I argue that the pioneering work of Protestant evangelical voluntary associations—so-called “benevolent” societies—in using print to promote a range of reform causes, from foreign missions to temperance, provided a powerful model of moral suasion that many American reformers and artists adopted in the decades before the Civil War.

Andrew W. Mellon postdoctoral fellow Jerome Tharaud earned his Ph.D. in English Language and Literature from the University of Chicago in 2011, with a specialization in nineteenth-century American literature and culture. His doctoral dissertation examines how Protestant evangelicals in the antebellum United States sought to use mass print to shape the morals of the nation, focusing in particular on their use of literary and visual images of the landscape. His research interests include U.S. print culture as well as American religions, art and visual culture, and environmental literature. He is the author most recently of “The Evangelical Press, Harriet Beecher Stowe, and the Human Medium,” a forthcoming essay in Arizona Quarterly. He is currently working to develop his dissertation into a book manuscript; he has also begun a new project that excavates an important but neglected communitarian dimension in the thought of Henry David Thoreau, a writer more often noted for his individualism and celebration of solitude.