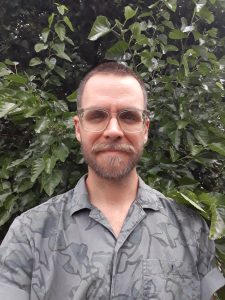 The Weird Magic of History: Global Civil War and the Afro-Asian Imagination After the American Century

My dissertation considers how civil violence and aesthetic production shape our conception of history. I take 20th and 21st century US literary culture as a foundation for theorizing how the historical nineteenth-century US Civil War became abstracted as a transnational and transhistorical concept in the ensuing centuries. I analyze how aesthetic and conceptual innovations in African American and Asian American culture aligned in order to respond to the material and ideological consequences of the nineteenth-century war. The artists I constellate—W.E.B. Du Bois, Karen Tei Yamashita, Don Mee Choi, Thi Bui, and Wayétu Moore—reconceive civil conflict in innovative ways for the public imagination of the twentieth and twenty-first centuries and provide novel responses to a seemingly well-historicized event. By identifying an affinity between Afro-Asian American cultural producers, I trace a set of complementary aesthetic and political projects that drastically reconceptualize civil war’s role in American culture. I offer a new account of American civil war by fist applying the insights of political theorists to develop a definition of civil war that is not limited by national and temporal boundaries; rather, civil war becomes a paradigm to describe global state conflict. By decoupling civil war from a historically delimited, intranational event, I demonstrate how many of the logics of the historical US Civil War frame wars in Korea, Vietnam, and Liberia during the “American Century” (1898-2001). Through my analysis of genre, formal experimentation, and medium, each chapter enumerates a logic of civil war that 1) demonstrates the fantastic elements implicit in historiography; 2) provides clarity on how to conceive of the contemporary as a historical category; and 3) produces a revised framework for comparative racial analysis of African American and Asian American culture that avoids the pitfalls of naïve racial solidarity or the uncritical reification of racial and national identity.

Andrew Thomas is a PhD candidate in the English Department at UW-Madison. He is a native of Houston, Texas, and studied English, political theory, and classics at the University of Houston before receiving his MA in English from the University of Mississippi. His MA thesis focused on how southern and southwestern writers represented psychological responses to environmental damage. Since arriving in Madison, he studies how various public spheres represent national and international conflict and what these representations tell us about history and historiography.

When he is on campus, he is most energized in the classroom. As a first-generation student himself, he seeks to create an accessible learning environment for those students who feel that they may not belong at the university. He has taught numerous freshmen writing classes—for which he won a 2020 campus-wide Innovation in Teaching Award—and literature discussion sections, as well as tutored in the Writing Center and at Oakhill Correctional Institute. He has also worked on an organic farm and is currently volunteering with the Grow Program/Allied Fresh community partnership on Madison’s West side.

When he is off campus, he is camping, gardening, or hiking with his endlessly energetic border collie, Alfred.