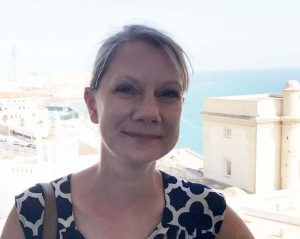 The Autobiography of a Seventeenth-Century Spanish Painter and Nun

This project will bring to light an extraordinary and unpublished document of women’s history: the only known autobiography by an early modern female artist. Its author, Estefanía de la Encarnación (ca. 1597–1665), gained a reputation as a young painter in Madrid and later entered a convent as a nun responsible for producing sacred images. In collaboration with Laura Bass, I am preparing a translation and bilingual critical edition of the text, which is slated for inclusion in the series The Other Voice in Early Modern Europe.

Tanya J. Tiffany is an associate professor of Art History at the University of Wisconsin-Milwaukee. Her first book, Diego Velázquez’s Early Paintings and the Culture of Seventeenth-Century Seville, was published in 2012 and received an honorable mention for the Eleanor Tufts Book Award from the American Society for Hispanic Art Historical Studies. She has also co-edited (with Giles Knox) a collection of essays, Velázquez Re-Examined: Theory, History, Poetry, and Theatre (which was published 2017). In addition to the autobiography of Estefanía de la Encarnación, Tanya is working on a larger book project provisionally entitled Visual Culture and Feminine Devotion in the Early Modern Spanish World.